Wreck of the Amatzu Maru

When wreck fans think about booking a trip to dive fantastic WWII wrecks it is usually Truk Lagoon which comes to mind. Many avid wreck divers are surprised to hear that Palau offers 30+ WWII wrecks. Unlike the wrecks in Chuuk most of the wrecks in Palau are relatively shallow and easy to dive - some are wonderfully overgrown with colorful soft corals.

This is why Fish’n Fins, knowing the locations of all the WWII wrecks in Palau, has been offering its unique WREXPEDITION Palau annually since 2009. In 2020, the 11th annual WREXPEDITION will take place from June 4-11.

As one of the wrecks in the program we’d like to introduce the ship wreck of the Amatsu Maru. Find more wrecks in our section "Interactive Dive Sites Palau" 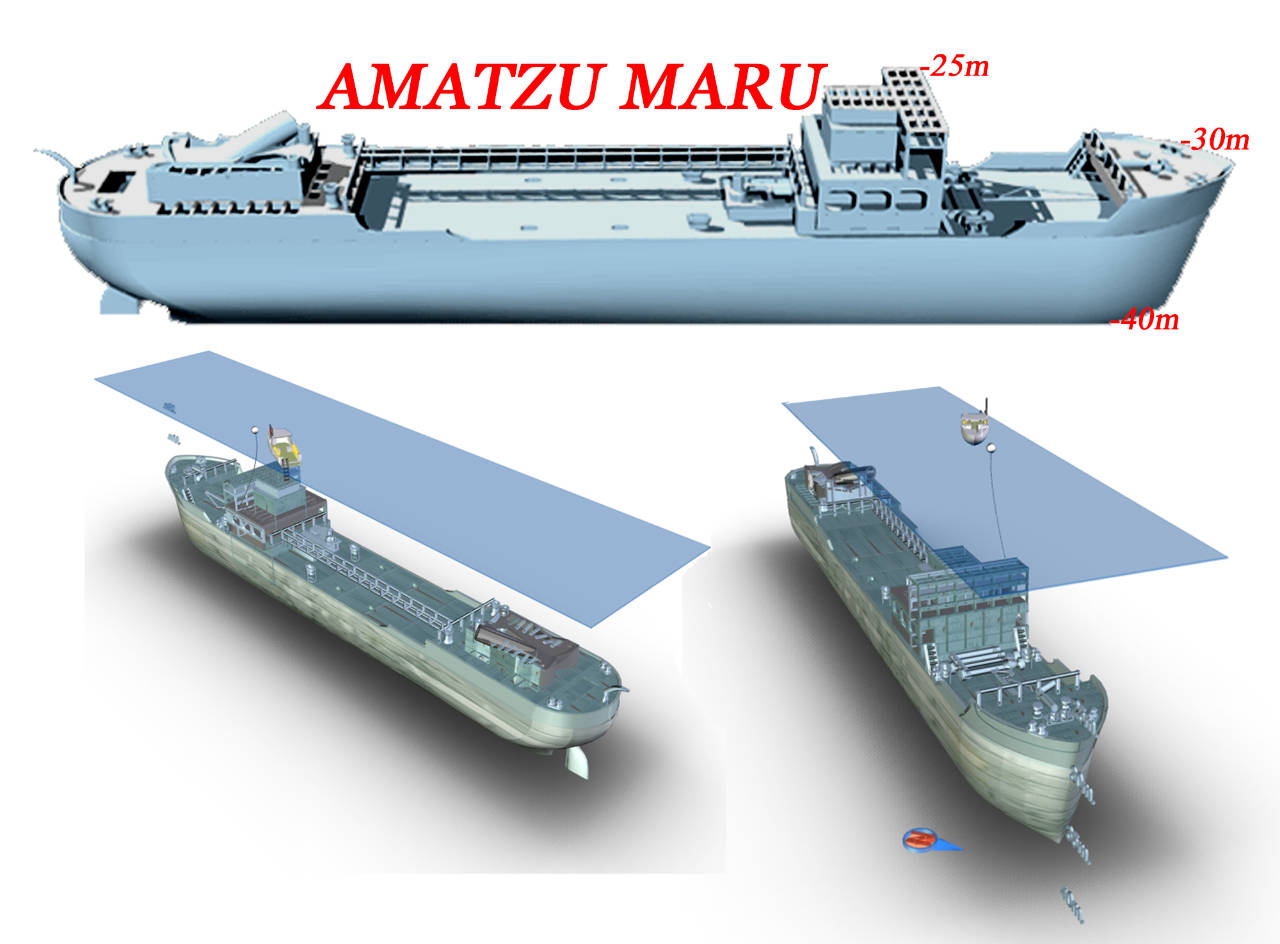 Wreck of the Amatsu Maru Palau

Distance from Koror: 5-minute boat ride from most dive shops in Koror.

Level of Diving Experience: Advanced with deep and wreck diving experience is recommended.

Nicknamed Black Coral Wreck for numerous bushes of Black Coral that adorn the ships guardrails and the superstructure. The Amatsu Maru is the largest shipwreck in Micronesia and the deepest Japanese wreck in Palau.

This oil tanker sank, like all other WWII Japanese wrecks in Palau, during the air raid Operation DESECRATE ONE on March 30-31, 1944. She was partially salvaged after the war. The bow is raised above the main deck with ladders on both sides connecting it to the deck. The anchor winch and anchors were removed during the unsuccessful salvage operation in the early 1950 s. Part of the anchor chain can still be found scattered on the foredeck. From the bow, moving aft, toward the bridge, pipes, hoses and large valves used for loading and unloading the oils and fuels are visible. The bridge is constructed of 3 decks, the uppermost is the navigational deck, some instruments can still be found.

The bridge can be entered from above between the support beams. The wooden walls and floor structures were destroyed by fire or have deteriorated over time. The main fuel storage area behind the bridge features a large piping system now covered with extensive marine growth. Square holes were cut through the deck during the salvage attempt. The Amatsu Maru was hit directly by several 1000 lbs. bombs. US Navy archive aerial photos were taken during the attack clearly show heavy smoke rising from the engine compartment. Diving through this section of the ship reveals huge piles of twisted metal, partly due to salvagers but mainly from a direct bomb hit.

At the stern, the twisted remains of a circular gun platform can be seen; the gun is missing. If the huge 4-bladed prop is of interest, begin your dive at the stern before visiting the rest of the ship. To really see this large and magnificent WWII wreck more than one dive is necessary. Salvage Operation After WWII: the Japanese were granted salvage rights in the Pacific. Through the late 40s and early 50s Japanese salvaging companies attempted to dismantle or raise many of the wrecks in Palau and Chuuk (Truk) Lagoon. The Amatsu Maru was a prime salvage target when the recovering world economy was craving for tankers. The salvage company originally sought to raise the ship, but later decided to dismantle the ship. During an attempt to cut through the plates, it is believed the flame of a torch hit trapped gases setting off an explosion that killed two men. The Japanese then abandoned the salvage attempt, believing the accident to be an omen of foreboding. 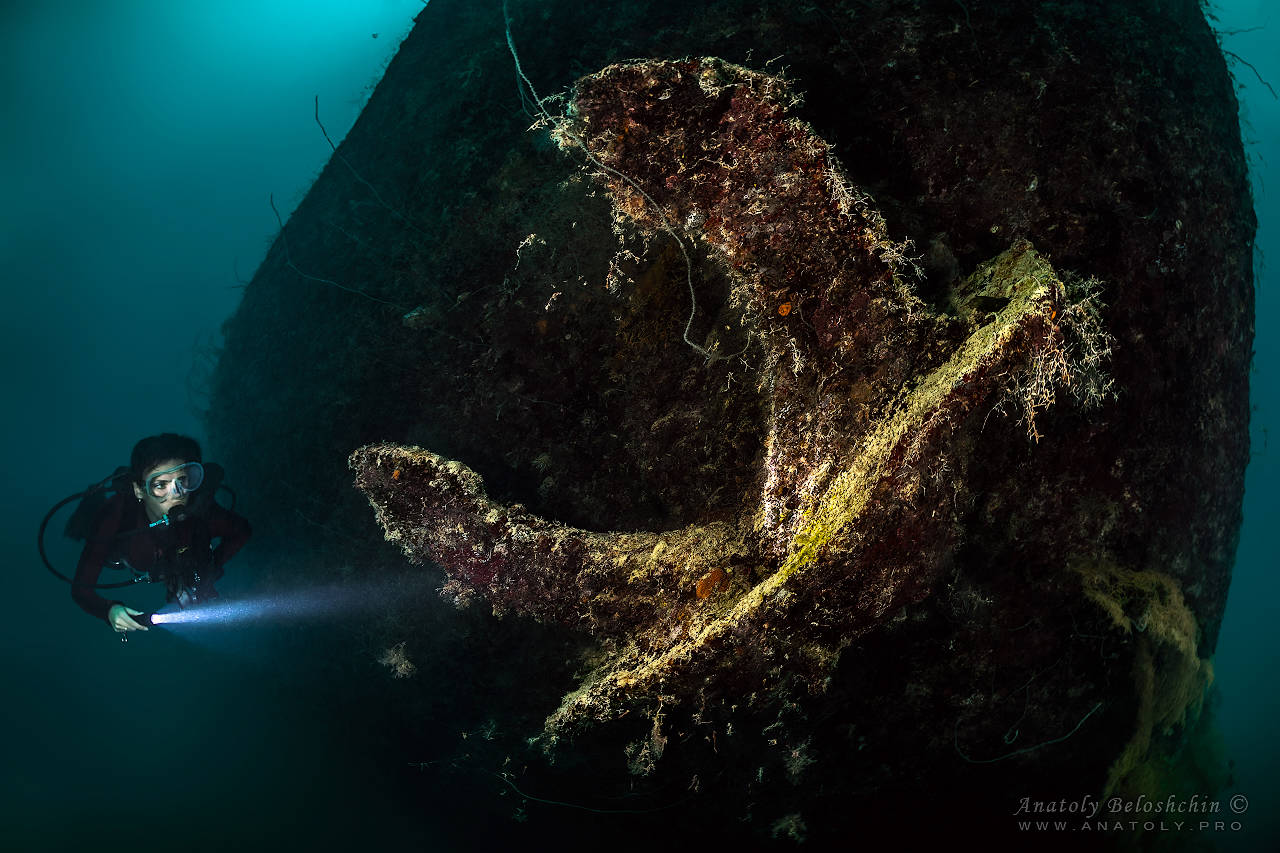 Diving: The Amatsu Maru has no marker buoy; the dive guide will locate the wreck then tie the boat to an anchor line. The dive usually starts at the bow section of the ship.

Many sunk and beached ships were salvaged in Palau after the war. The salvagers loaded the scrapped metal on some of the re-floated ships in order to tow them back to Japan. On the return trip to Japan the entire salvage fleet was hit by a typhoon in the South China Sea and sunk! Not one ounce of scrapped metal ever made it back to Japan. The ocean claimed back what belonged to it.