As a diver, you know and have many times encountered this friendly and curious fish, the Napoleon wrasse (Humphead Wrasse). During dives, such as the Blue Corner in Palau, these fish come very close and pose for photos. Unfortunately, these friendly giants are under increasing pressure and, according to the World Conservation Union, stocks have declined more than 50% in the past 30 years, and in some local areas even by 90%. Apart from climate change, which leads to rising water temperatures, and thus dwindling reefs and habitats for its residents, the "gourmet" has become an increasing problem. In some Asian fish markets, one kilogram (roughly 2 pounds) of this friendly giant costs up to $ 400.00. This leads to increasing pressure for this amazing creature. 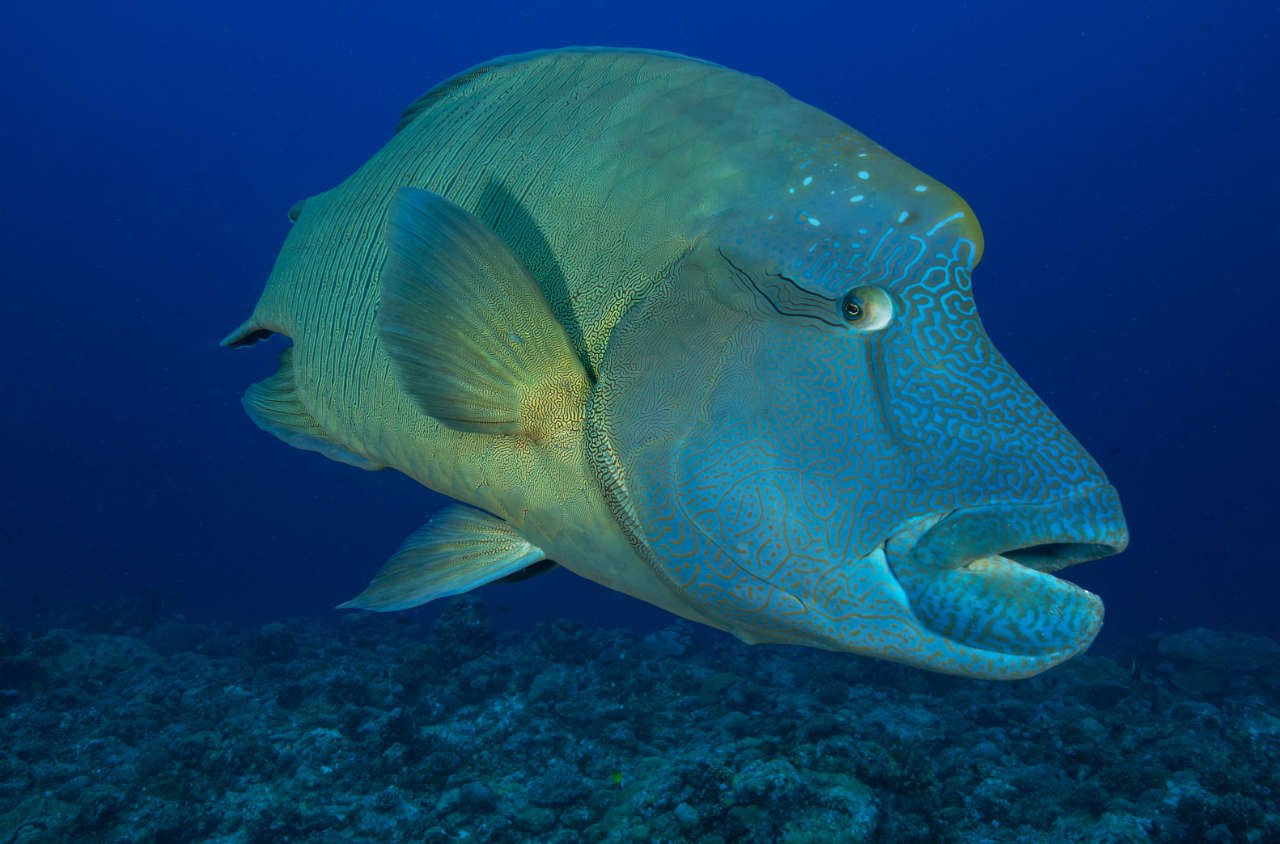 Humphead wrasse are enormous reef fish, having been measured as long as seven feet and weighing up to 420 pounds. The wrasse has thick, full lips and a forehead hump that becomes more prominent as the fish ages. Changing in color throughout their lifetimes, males range from bright electric blue, green, or purplish-blue to a relatively dull greenish-blue. Juveniles and females are primarily a red-orange color, which fades to white on their bellies.

The Humphead wrasse is found throughout the Indo-Pacific Oceans, from the Red Sea and the coast of East Africa to the central Pacific, south from Japan to Melanesia, and including Palau. 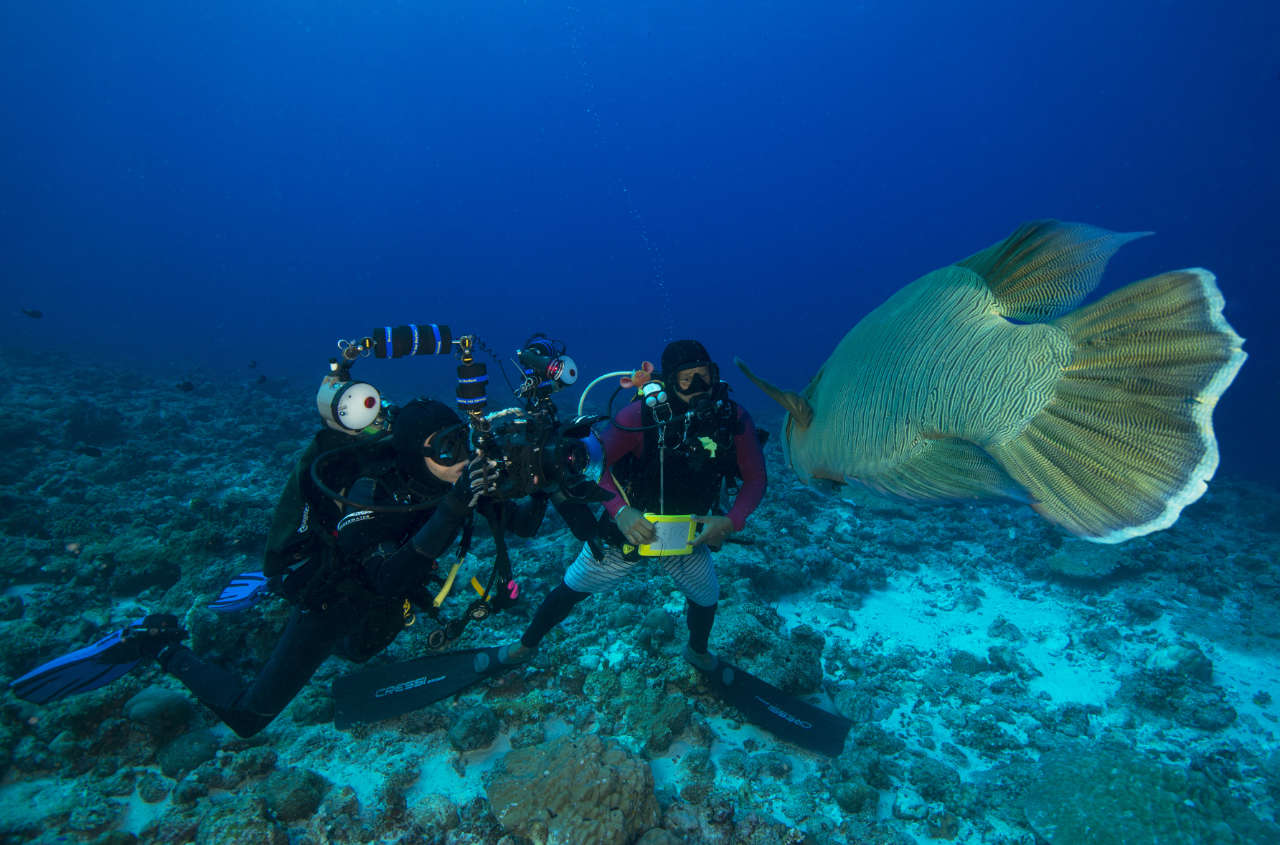 The female humphead wrasse is able to change sex, which is a trait not shared by other wrasses. How this plays in reproduction is unknown. Taking five to seven years to reach sexual maturity, humphead wrasse is slow to reproduce. Pairs spawn as part of a larger mating group that may consist of more than 100 individuals. Their tiny eggs are released into the water and, once the larvae have hatched, settle to the ocean floor. 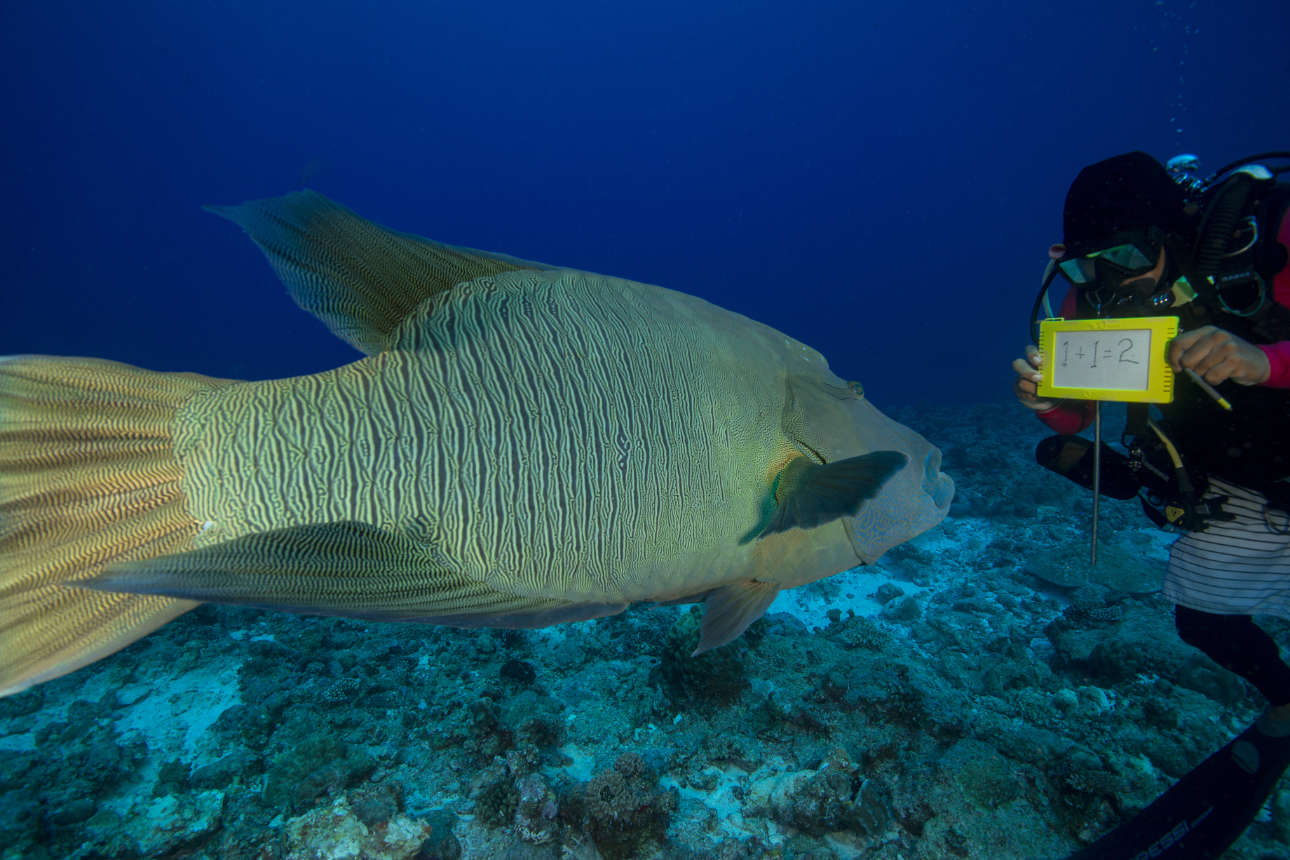 Humphead wrasse are long-lived for fish, known to survive for at least 30 years.

Using their ultra-tough teeth, humphead wrasse consumes hard-shelled species such as mollusks, echinoderms, and crustaceans. These fish are one of the few predators of coral-reef-destroying species, such as the crown of thorns starfish. 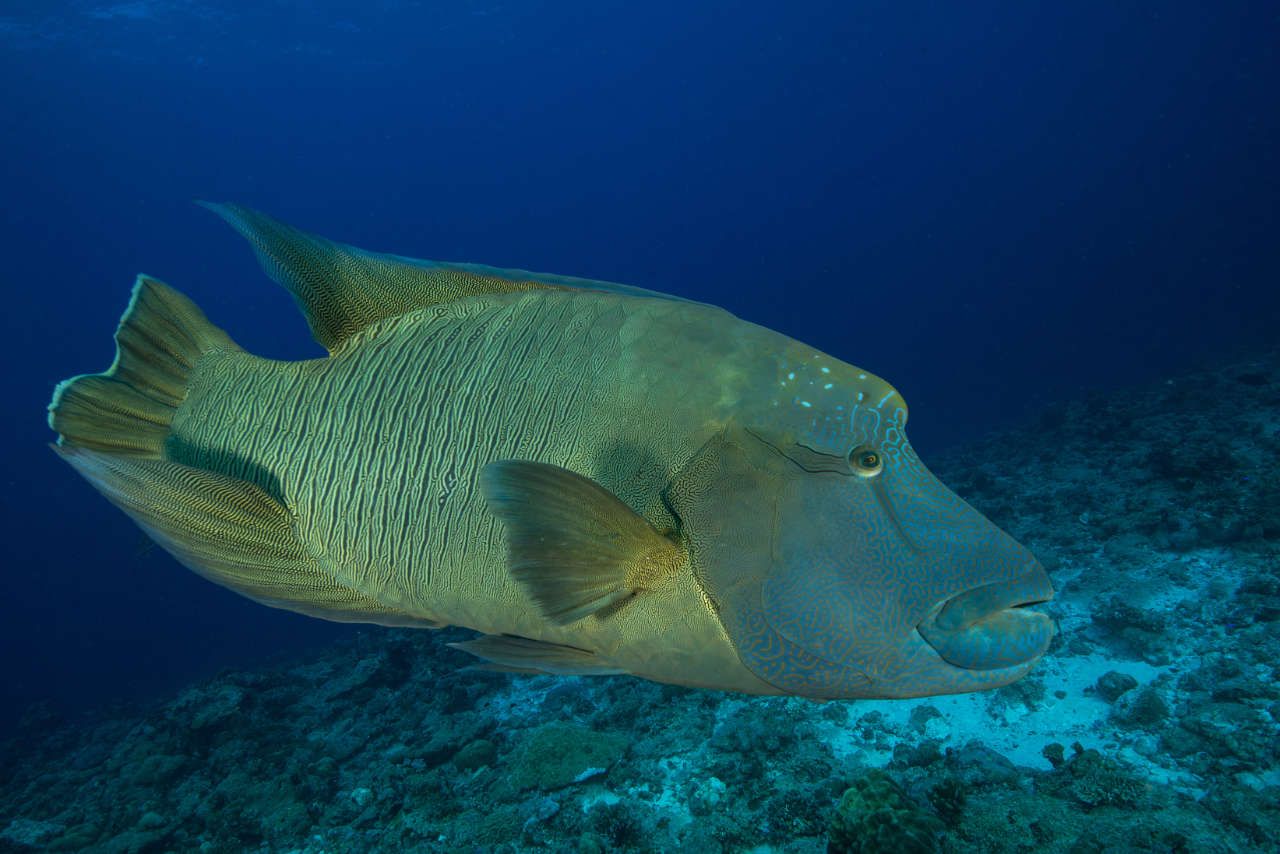